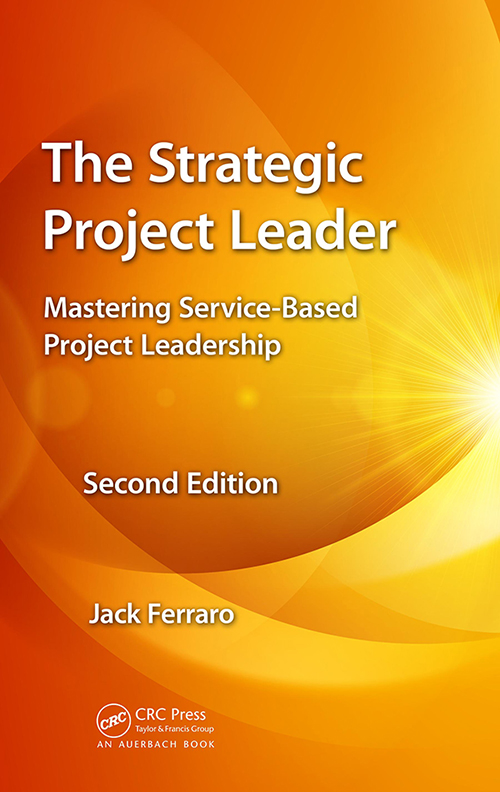 I supported author and project management consultant Jack Ferraro in producing the second edition of his book The Strategic Project Leader: Mastering Service-Based Project Leadership, published in 2015 by CRC/Taylor & Francis. As Jack wrote, this new project leader role “serves the entire project organization by creating a meaningful experience for team members, customers, and critical stakeholders. This experience initiates the transformation of people—including yourself—and the transformation, through people, of systems and organizations. This service encompasses a duty to initiate and sustain transformation, because of our unique position as a spearhead of change.” The 2007 first edition had become a textbook for industry training, but was due for an update and expansion. Jack made the first revision pass of each chapter, after which I copyedited and addressed areas that needed newer data or fresh examples. An important area of expansion was adding project case studies.

My most significant contribution to this project was working with Jack to write the two new case study chapters. Drawing on phone interviews between Jack and the subjects – project management professionals with whom he had worked as a consultant – I drafted the chapters and then engaged with Jack in an extensive revision process, including feedback from the case study subjects. We focused on how, in a particular project, they used key components and examples of Jack’s service-based project leader’s competency pyramid: project management knowledge, skills, and experience; subject matter expertise; trust-based relationships; consultative leadership; and courage. We included examples of self-directed leadership development, looking at the importance of commitment and alignment, assessment and acquisition of new skills and behaviors, practicing, and service. The end result was chapters that told compelling stories of Jack’s approach in real-world application.